We’ve just returned from the annual fall walkabout, this time to the American Southwest in search of perfect light. We found it in Monument Valley, Utah one morning. This first of a series of entries won’t be a linear description of the trip, but instead snippets surrounding given images, memories or thoughts. 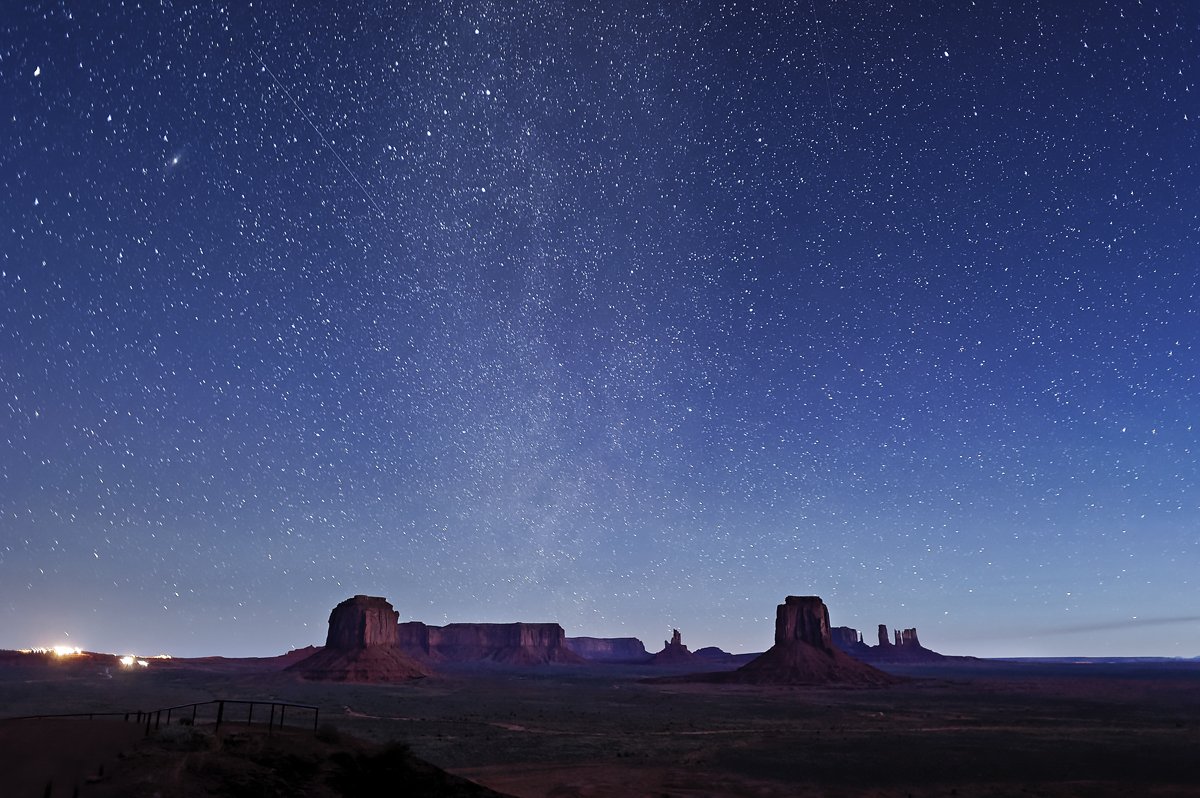 Milky Way, Artist’s Point, Monument Valley, Utah. The park doesn’t open until 7am, but we were able to get in earlier and set up for this.

After spending a windy night at The View Campground we rose at 5am and slowly bumped our way over rough, dirt roads for a half hour in the dark to Artist’s Point. After shooting a few star shots to dial in the cameras it was a matter of waiting.You’re never sure what’ll happen when the light arrives, especially when setting up and trying to compose in the dark. In the shot above you can see a hand rail to the lower left that wasn’t visible in the viewfinder when I made the frame. We’d been holding out for first light but the best shots came just before sun-up, producing no direct light source, instead a high level of warm, ambient light. But this was day 4. Or maybe 5… I don’t remember. These are just a few digital shots before I begin processing film. 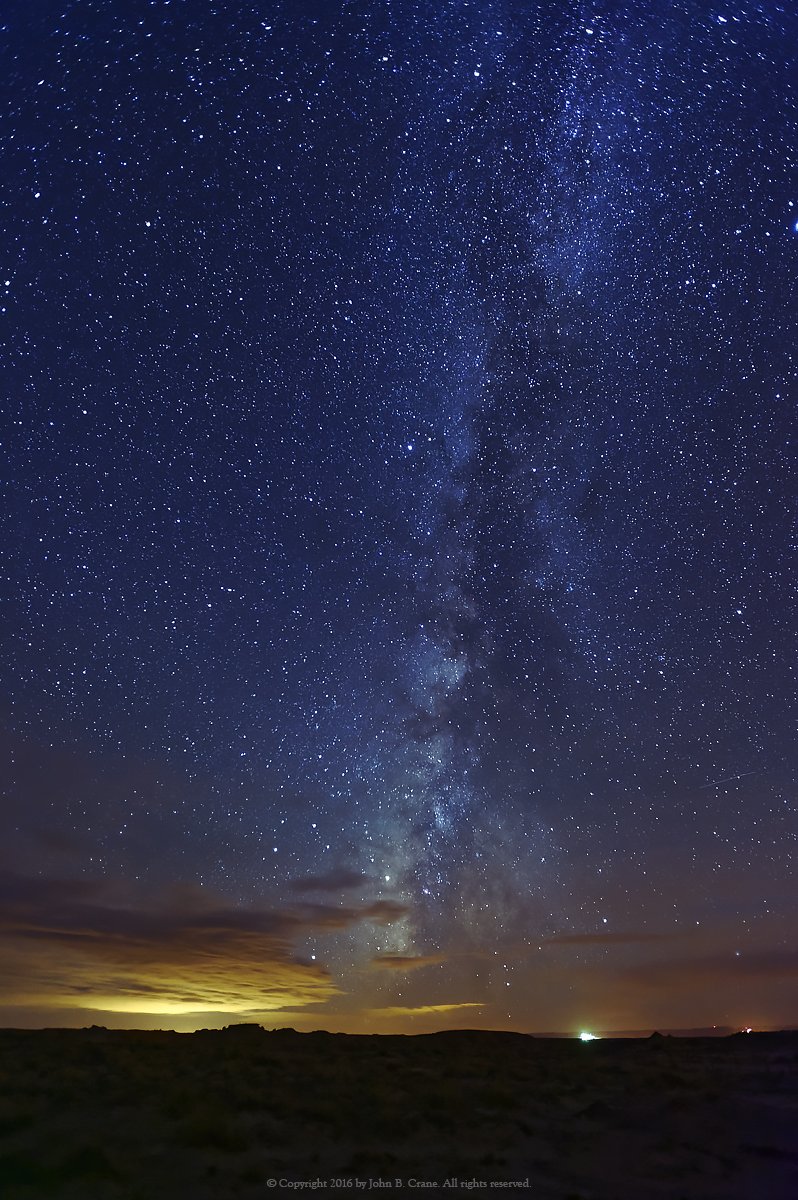 Milky Way, Bisti Wilderness, New Mexico. One benefit of this moon cycle was how early the Milky Way appears low on the horizon of the western sky. Taking advantage of the extreme darkness of the region produced some nice Milky Way shots.

Back to the Bisti

Night one was spent in the Bisti Badlands, south of Farmington, New Mexico – and man let me tell you – it was cold. The car said 33° when I turned it on at 5am the next morning to get the heater going – but I’m sure it was colder durning the night. My Marmot Never Summer down bag is rated 0° and I was cold. We set up a quick lean-to using a tarp and the car’s cargo roof rack.

I’ve been reading up on the Bisti and been intrigued. Lots more to come regarding it – a unique, beautiful place for sure. I mostly shot film there and will begin processing shortly. Meanwhile I did make a few night shots with the digital camera. This is the Milky Way looking south west, taking advantage of the no moon cycle. As we arrived that a evening the cloud ceiling was low. But the sky parted revealing this slice of outer space later that night.

At the end of the day when the light is done it’s time to sleep. Setting up impromptu camps along the way or scoring a cheap hotel once in a while to freshen up is a great recipe. This happens to be one of the most popular times of year in the area and hotels are a premium. Finding a decent, reasonably priced place to stay for the night is difficult in the larger, hub towns like Durango, Moab, etc. In the smaller outlying towns it’s a different story. The world needs more places like the Mesa Verde Motel in Mancos, Colorado. Clean, simple, safe, well-provisioned and affordable are welcome features to weary travelers. 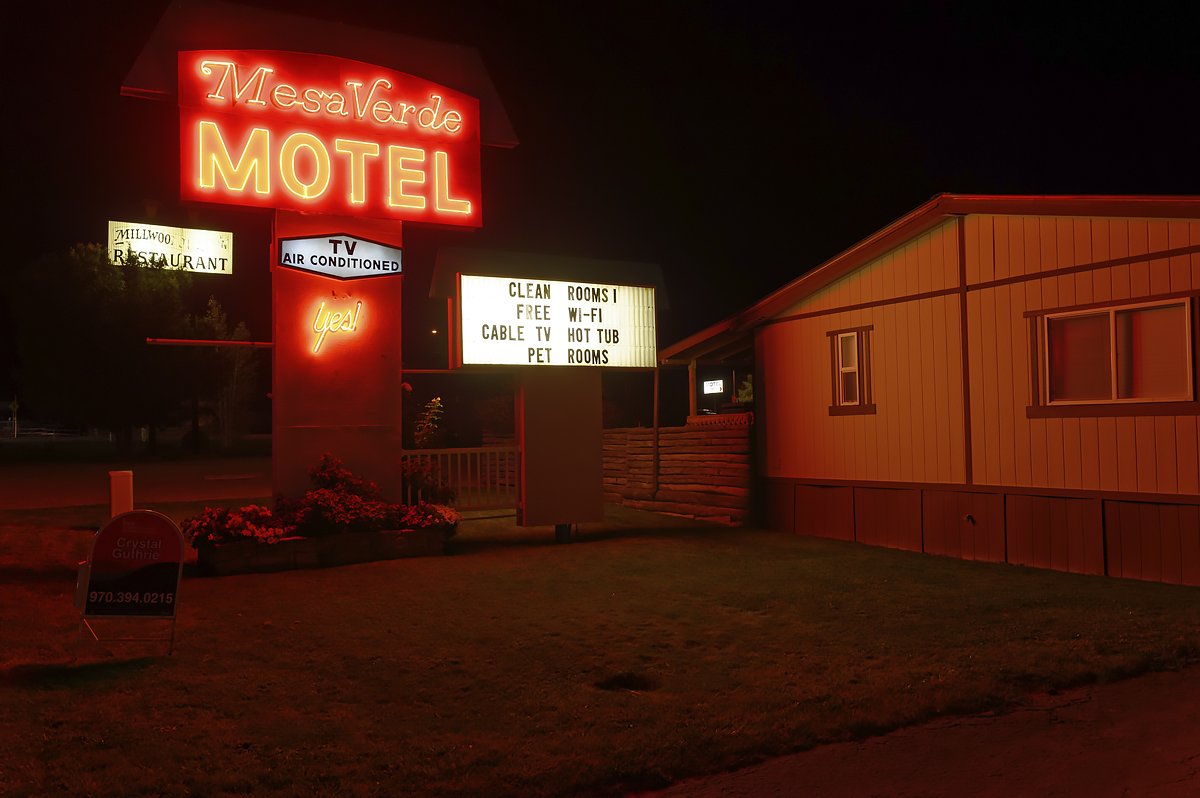 When the light’s over it’s time to sleep. We dream of finding that best-kept secret combination of clean, safe, well-appointed and affordable. The Mesa Verde Motel in Mancos, Colorado is one such place.

We didn’t take much in the way of perishable groceries, just a few staples so we could eat in the middle of nowhere if necessary. Bananas, sandwich fixings and Fritos, with lots of water and a couple beers in the cooler got us through. When we hit town we found food.

For the most part a very successful trip, covering 2,000 miles and crossing too many mountain ranges/passes to name, traveling through too many towns to remember, popping a few Aleve and drinking too much french roast between sun up and sun down to keep us going. I’m thankful for my good friend Dan. No one but another photographer, or my wife, would put up with all the stops along the way. 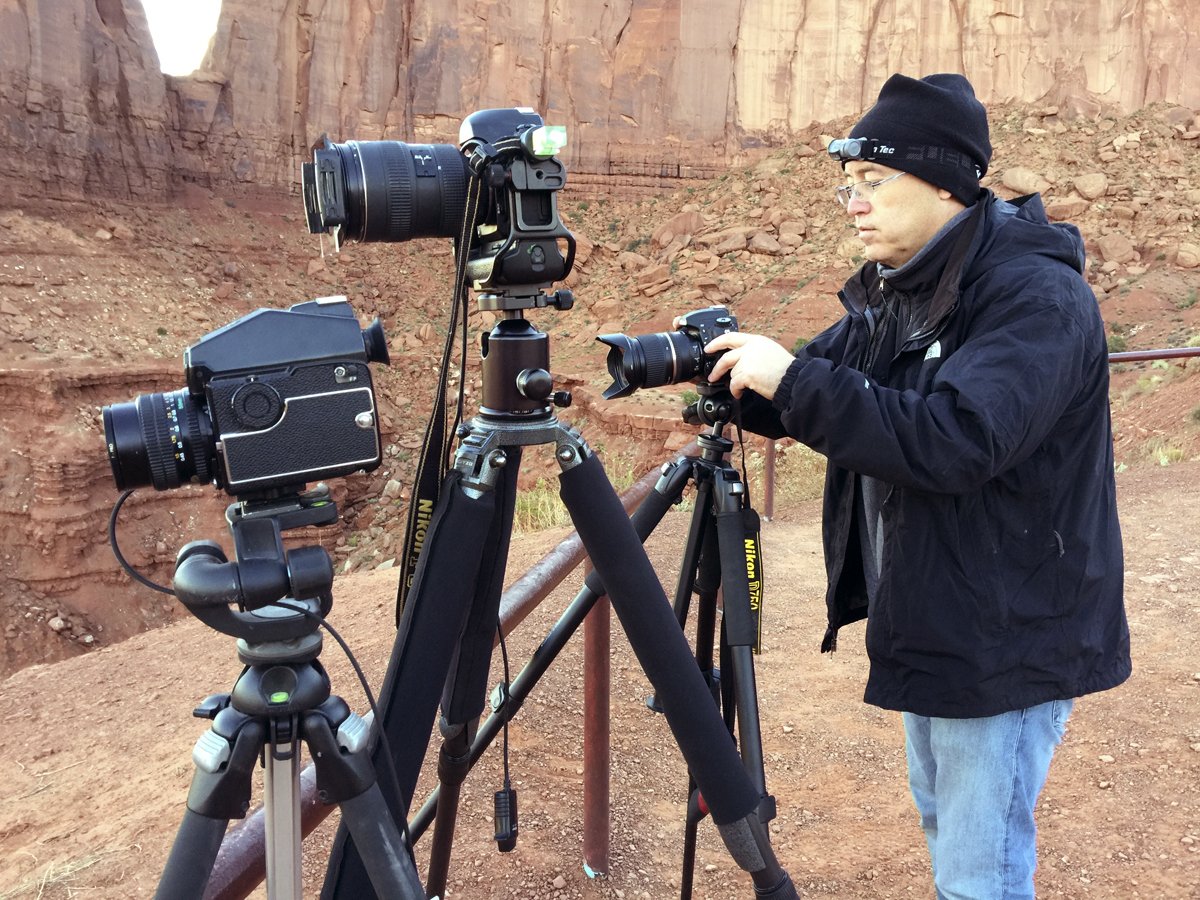 After a rather lengthy silence, finally… lots more to come.