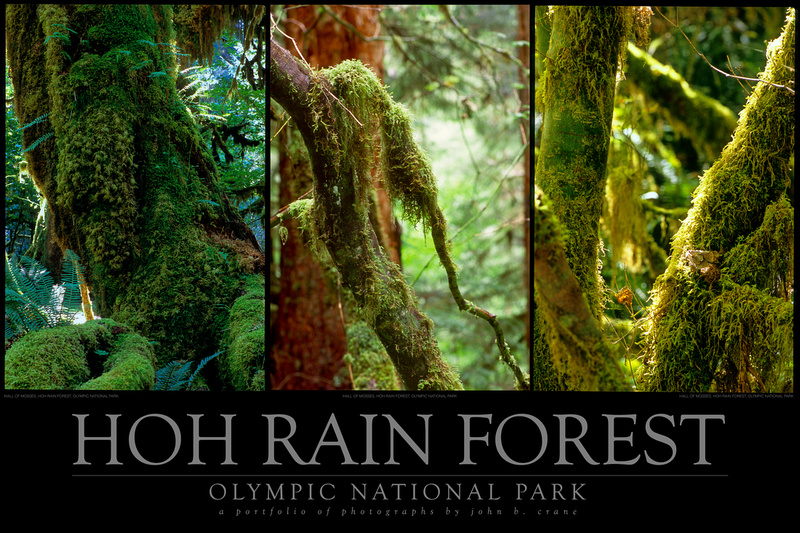 After much hemming and hawing, head scratching and pontificating it looks like it’s been decided. Back to the Olympic Peninsula the last week of September, 2017. This page has been established to – more than anything else – save the map I created in Google Maps. I couldn’t figure out how to preserve the route established without embedding it (or posting it on facebook), so this blog post will serve as a center point of activity moving forward. For now the post is private. Maybe that will change, maybe not.

I’ve been strategizing shooting for the trip. I began thinking it would be fun to go totally old-school with just the F2’s. Once I woke up from that fantasy (think lack of weather sealing and weight of each camera) I expanded the plan to simply 35mm. I ordered a Nikon 24mm PC-E lens from borrow lenses, but after reading more about the lens and remembering how I struggled to use it last time shooting aspen, reconsidered – and canceled. The real problem is filtering, and the fact that my Cokin P-Series will vignette at 24mm. This means ordering a whole new set of filters – which would cost a fortune – and isn’t practical. Going through the trouble and expense of renting the lens just to either not shoot with a graduated ND – or correct vignetting after the trip – didn’t set well. It also meant stocking up on 35mm Velvia. A quick price check at B&H revealed $14/roll turning it into a pretty expensive proposition. I began to consider a more austere approach: spending as little as possible in preparation and use the myriad of resource I already have on hand – rather than acquiring anything – or as little as possible – new. 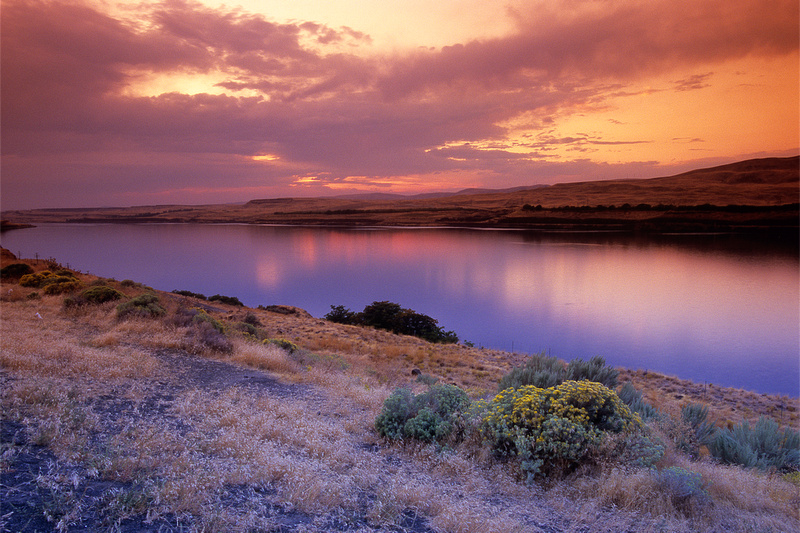 I’ve settled on the 645 system. I have a combined 1,600+ frames of b/w and color frames in the fridge, ranging from expired Portra 160VS to Ektachrome 100VS to Velvia 50, and even some (long) expired Fuji Chrome film. I also have Portra 160, 400 and 800 I’d love to shoot if I run out of chrome film. Combined with plenty of 120 black and white film in a variety of flavors and 2x Mamiya 645 cameras and 2 backs for the TL it was decided. 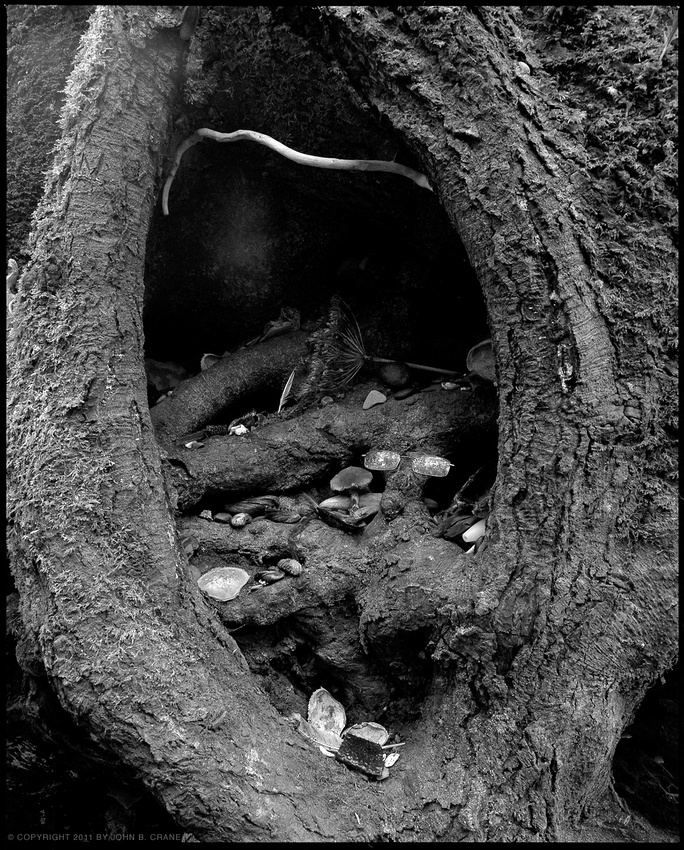 With a full compliment of Mamiya lenses and whatever 35mm gear I want to bring – I’m already more than prepared to shoot a lot of film this trip. Perfect. 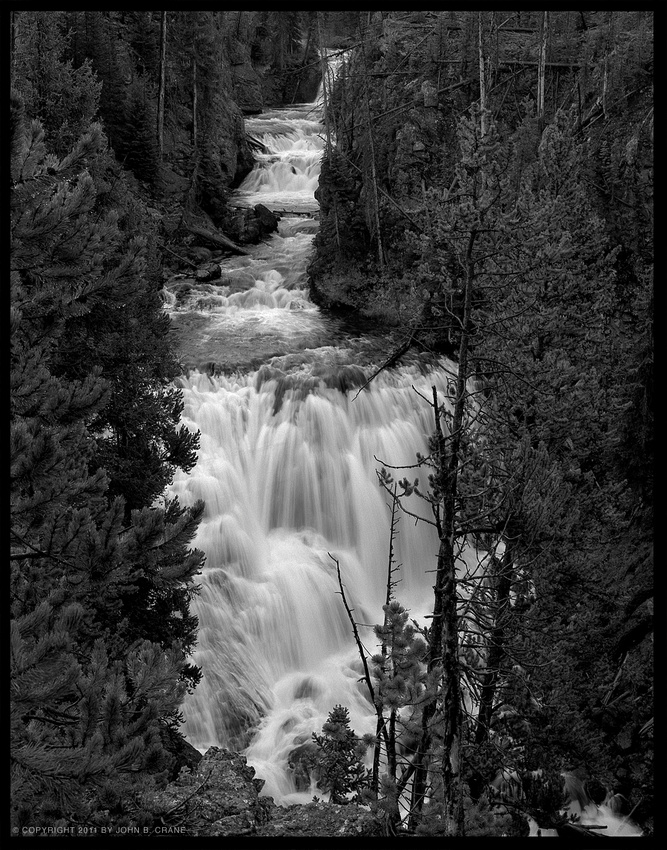 You can see by the map I’m planning on a pretty direct route there. Last time (2011) I took 3 days to do the drive, arriving in Seattle to pick Andy up at the airport on day 3. I’d like to shave a day off that and spend as much time on the Peninsula as possible. When it’s time to leave I’ll head north to Port Townsend, cross by ferry to Coupevill and head up and over the North Cascades Highway. There are a few stops I’d like to make along that drive, including Cascade Pass – which is an easy hike to some pretty amazing views. 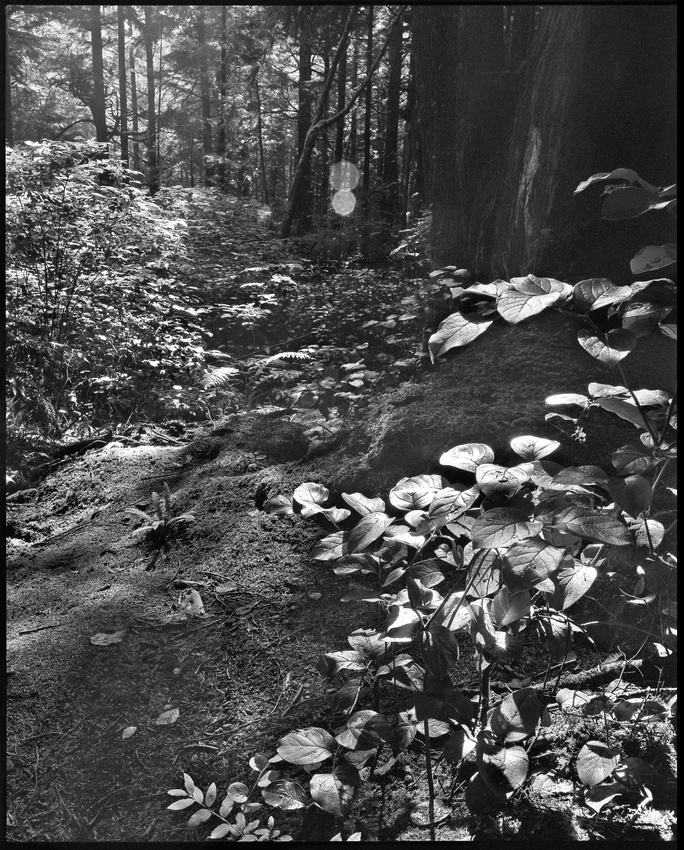 We’ve discussed bringing the Outback, but I’ll instead take the Trib. It’ll cost more in gas, but I’ll be more comfortable if I need to sleep in it, and it will allow the Outback to remain here for use. As much as I like the thought of saving money on fuel (less of it with the Outback, and lower octane = cheaper) – somehow it doesn’t feel right to omit my old friend from the trip. 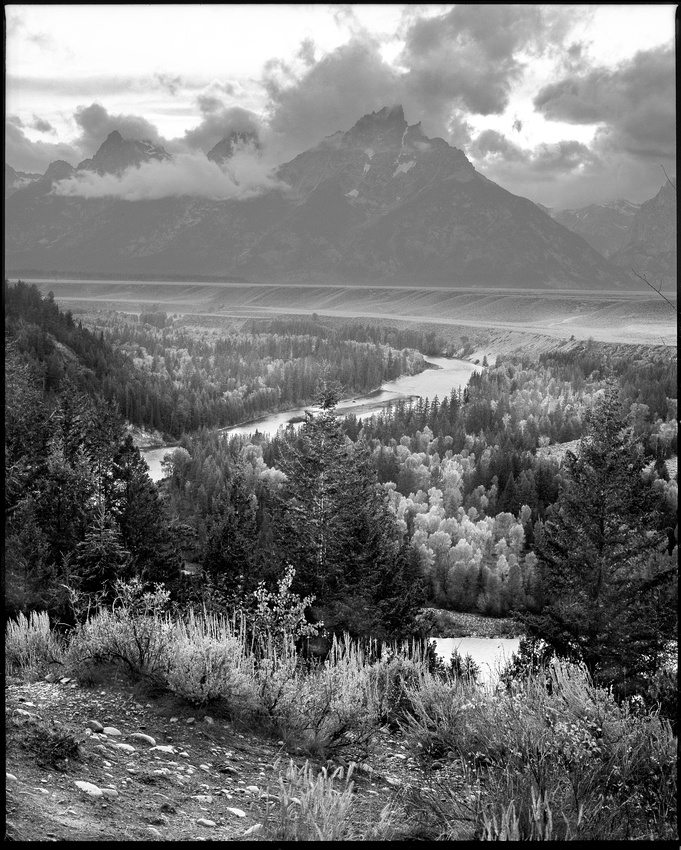 Budget wise I’m in good shape providing I make good decisions. I’d like to carve out a few nights in motels along the way, but for the most part will be camping. My plan is to return by October 2nd, but if I am a day or so beyond that it shouldn’t be a serious problem. 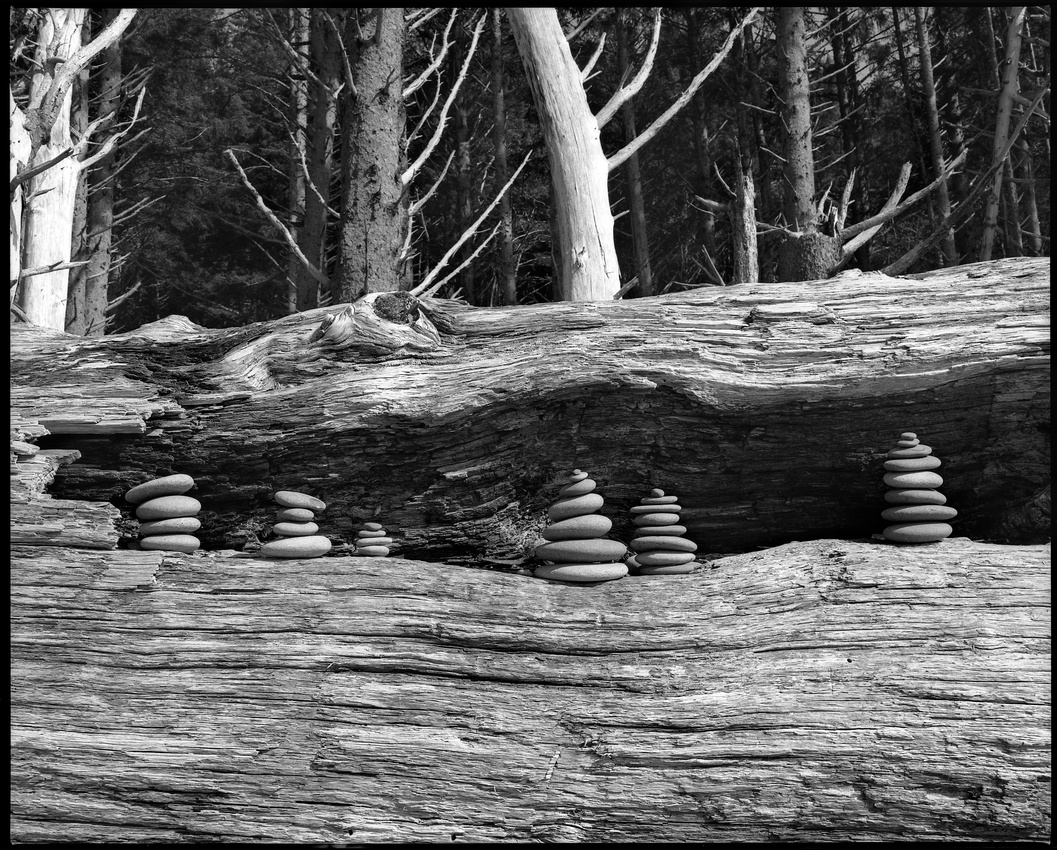 More to come – but it feels good to have started the Travel log. I’ll be iPhoning it along the way with photographs and try to keep the blog updated. It would be nice to have a streamlined method of posting as I go so I’ll bring the iPad anticipating have time at the end of each day.

Excited to get back North. After 6 years it will be good to return. 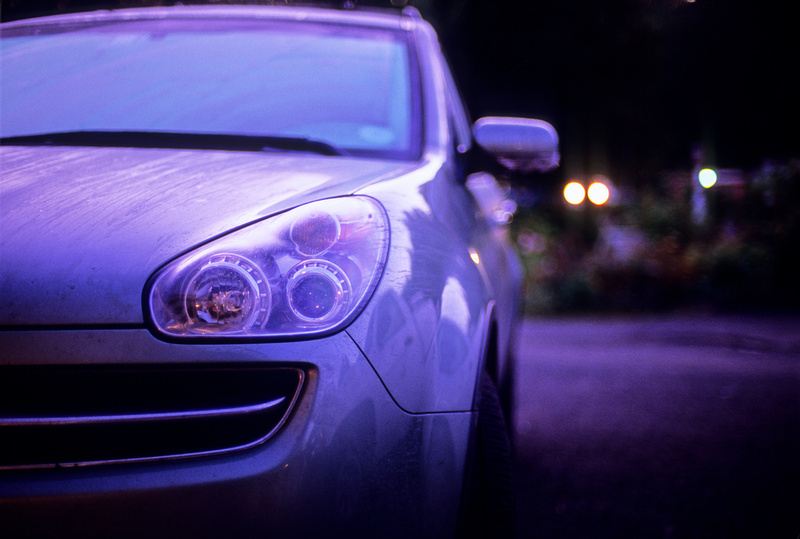 Trib in Town Hotel parking lot just before we discovered the battery had gone dead during the previous night.

Put a new battery in the Trib today. Six years ago the battery died in the Town Hotel parking lot one morning and we had to scramble at the local auto parts store to get a new one in. Judging by the appearance of the one I just pulled out there’s a good chance the same thing would have happened. It had a 10/14 sticker on it, meaning it was just about 3 years old. But the tell-tale was the acid-etching in the top case of the battery indicating its been leaking. Costco has (Interstate) batteries considerably less expensive than the traditional auto parts store. This one ran 75$ plus tax, after a $16 core charge they refund when you bring your old battery back. Every other place was $125 or more. 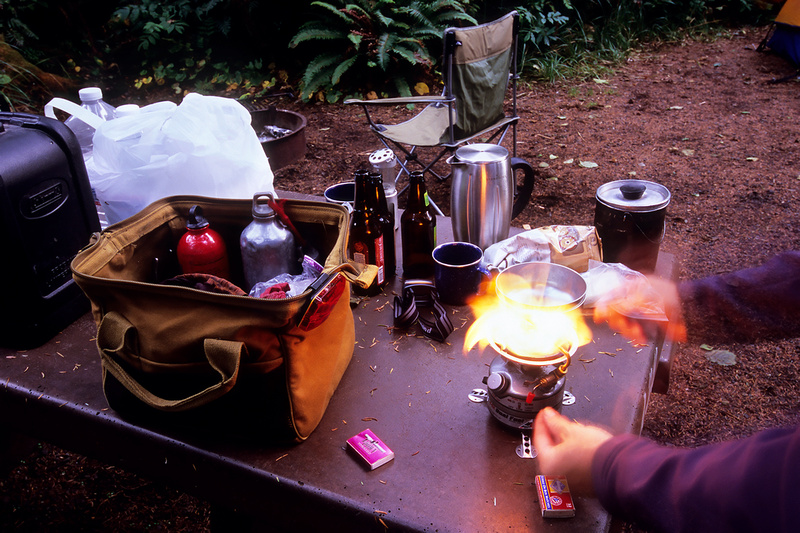 Also today: made a reservation at the same Town Hotel (looks like it has changed hands since 2011) we stayed at last trip. If you stay more than 3 nights the rate is $60 per. I have a room on Saturday the 23rd when I arrive – until the 26th with the option to stay longer if desirable. I like the idea of having shelter the first few nights to get my plan figured out. The only way I can see staying longer (and not camping) is if it’s pouring rain. Aside from that I’d like to camp at Klaloch a night and sample some of the several other campgrounds in the area. 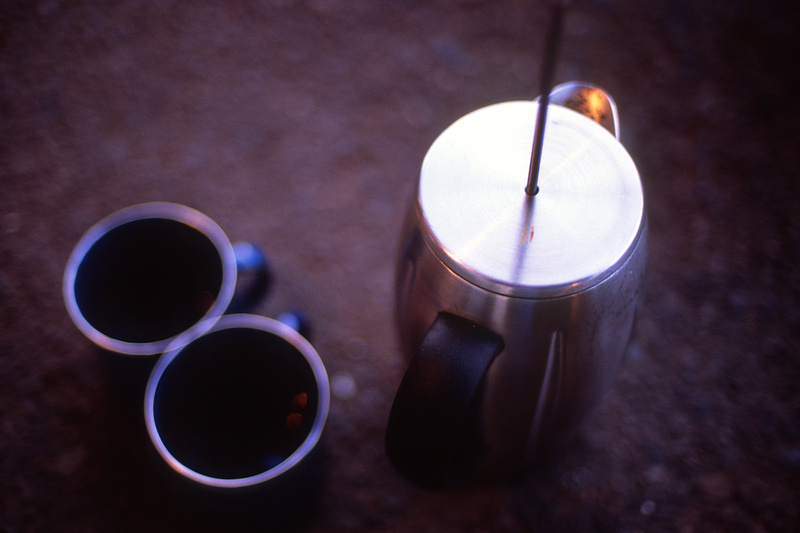 Coffee outside the Town Motel in Forks, Washington, 2011. This was the morning the battery in the Tribeca died, forcing us to scramble to the local Auto Parts store for a replacement. Learn something: this year we’re ahead of that game.