I realized something of great importance this past Saturday while traveling Iron Mountain Road in Wyoming: I love Wyoming. I love it the way you love something you didn’t realize you loved at first. The way some things kinda sneak up on you when you’re not looking then bam – there they are and you wonder how long this has been going on.

I love Colorado too, but Colorado’s easy to love – everyone loves Colorado. Wyoming’s different; it’s the less-polished version of Colorado – where wild still lives.

I love the people of Wyoming too.

I’d pulled over on the side of the dirt road, loading film and making some notes, when next to me appeared a Laramie County Sheriff. “You OK?” he asked, rolling down his window, towering above me in his heavy-duty truck. “I never see anyone on this road,” he said. We chatted a bit, I thanked him for stopping and assured him I was fine. There’s literally no end to the maze of dirt roads running through southern Wyoming. My Delorme Atlases travel with me everywhere I go. Utah, New Mexico, Colorado and Wyoming. I have one plastic sleeve that I slip on which ever one I’m using most heavily at the time. Scouring these maps with a headlamp in a dark car in the middle of nowhere trying to figure out just where on earth you are… one runs into another and another and another – then you look at the time, and you look at the fuel gauge and you make hard decisions to turn around and save that next turn for the next time. The inside of my car smells like a dirt road. The cabin filter has been changed so many times the service center knows me by name. 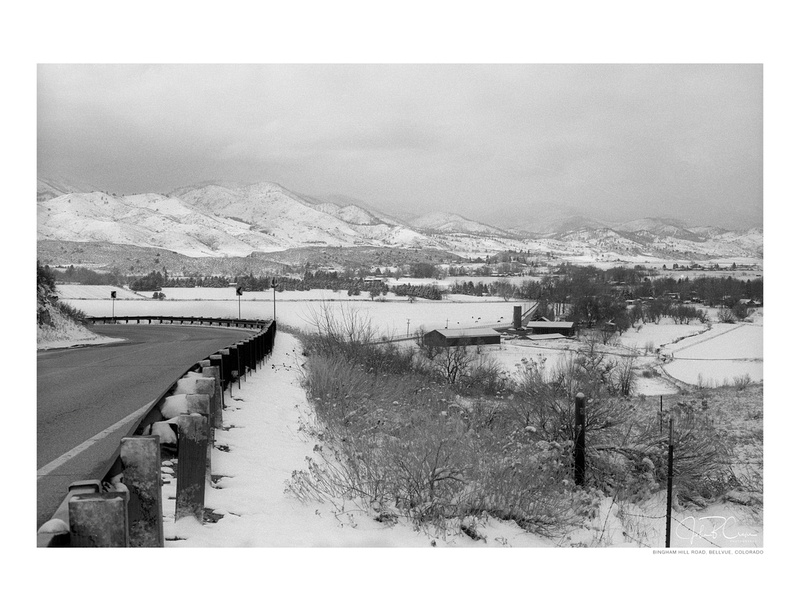 I climb out of the car and scamper up an embankment looking for a view. Prickly pear tries to stick in my boot soul and I’m glad I’m not wearing sandals. The smell of sage is heavy in the air. In the distance the railroad cuts south through the broad, flat center of the valley. Miles and miles of barbed wire note ranch boundaries punctuated with “No Trespassing” signs. I never, ever trespass. Not only because it says ‘No Trespassing,’ but because a lot of these guys are a pretty good shot, practiced by picking off coyotes and prairie dogs. A six foot human would be a layup. 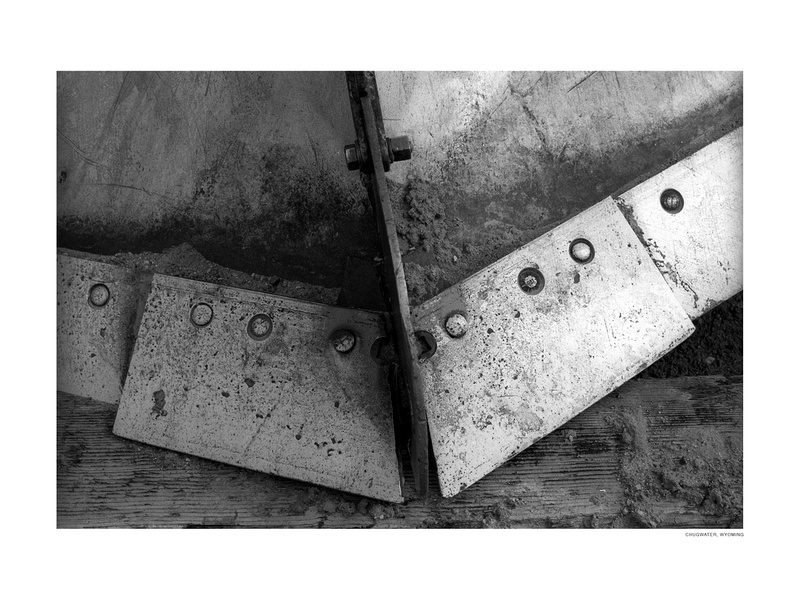 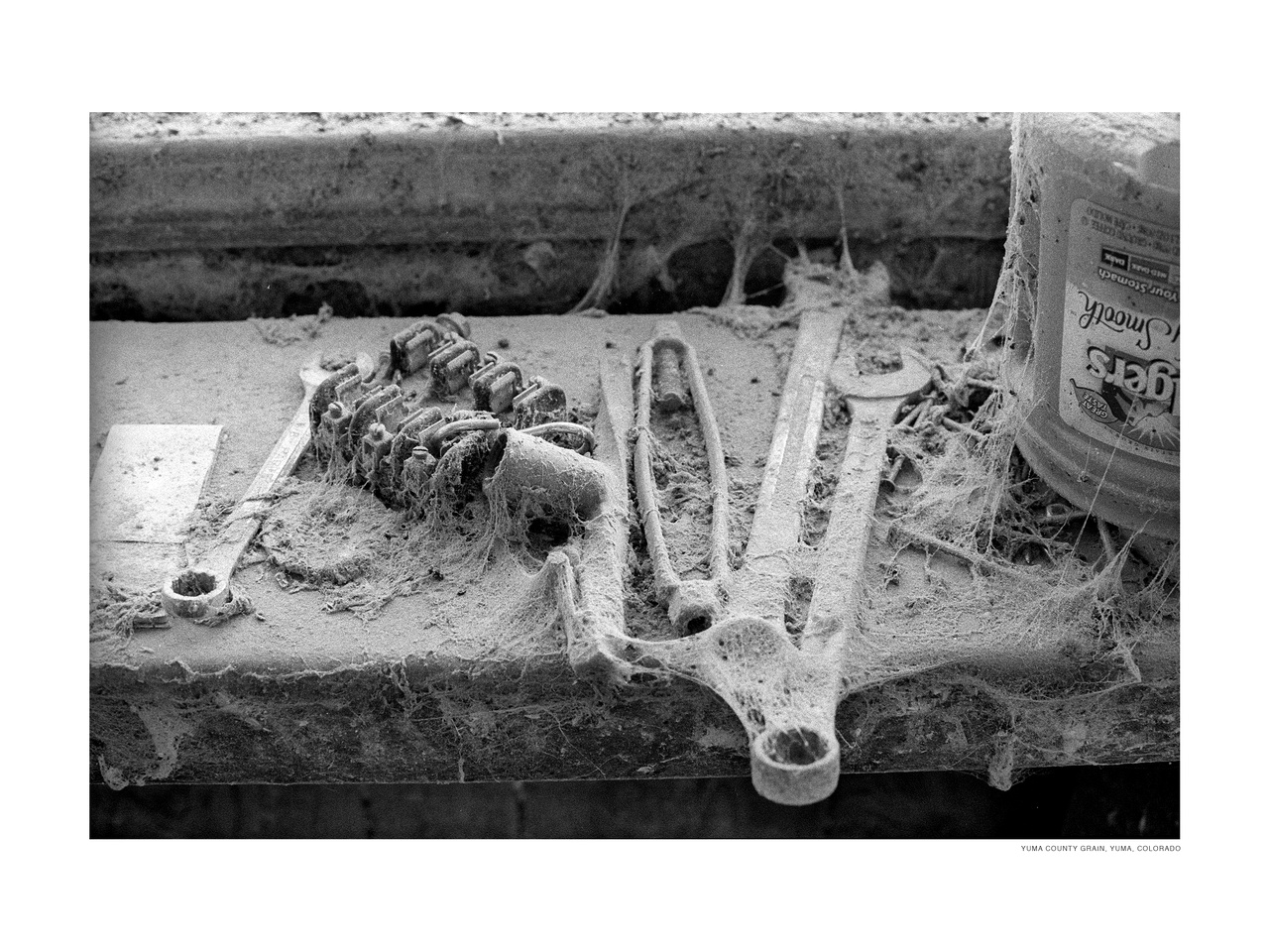 Just before the sheriff stopped I’d been tracking antelope, following small herds in the car. They’re wary of vehicles; rifles emerging from rolled down windows. If their sharp eyes or ears pick up any sudden motion from the road – they’re gone. And they’re fast. I slow, they lift their heads. I stop, they stop. I open the door and have three, maybe four steps – and they’re off. Getting one to sit still long enough for a portrait is never going to happen. 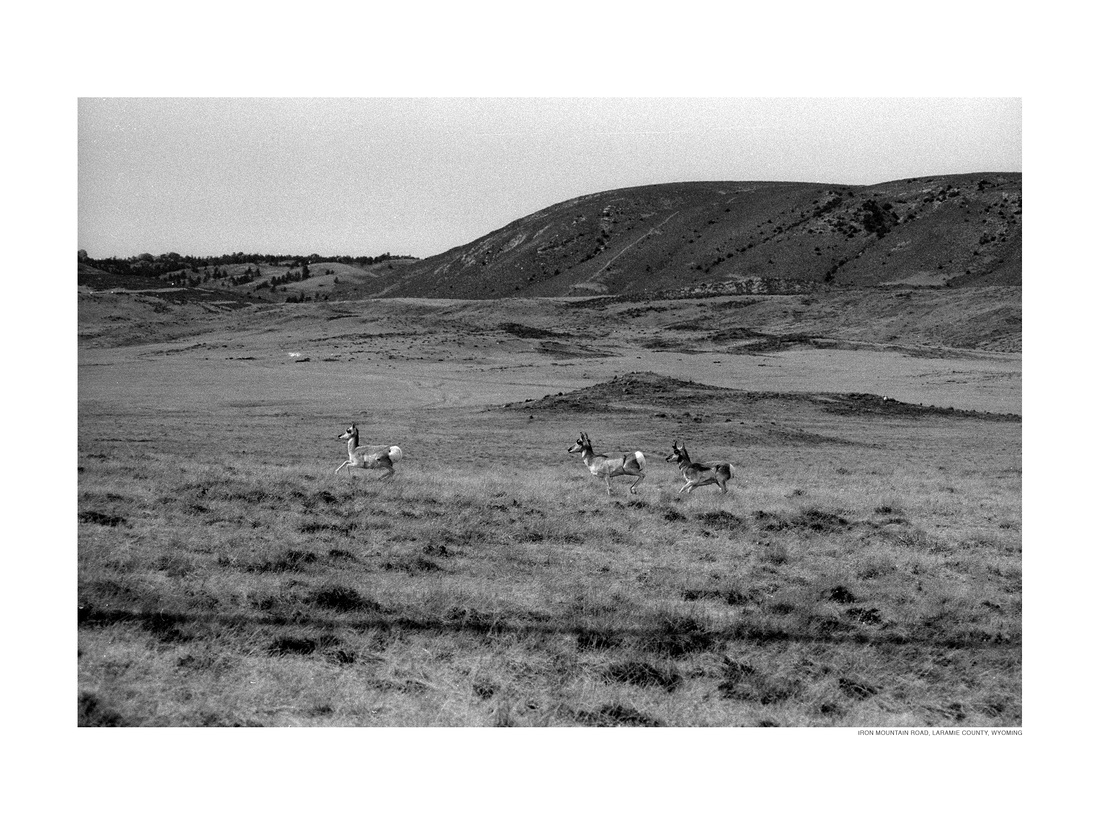 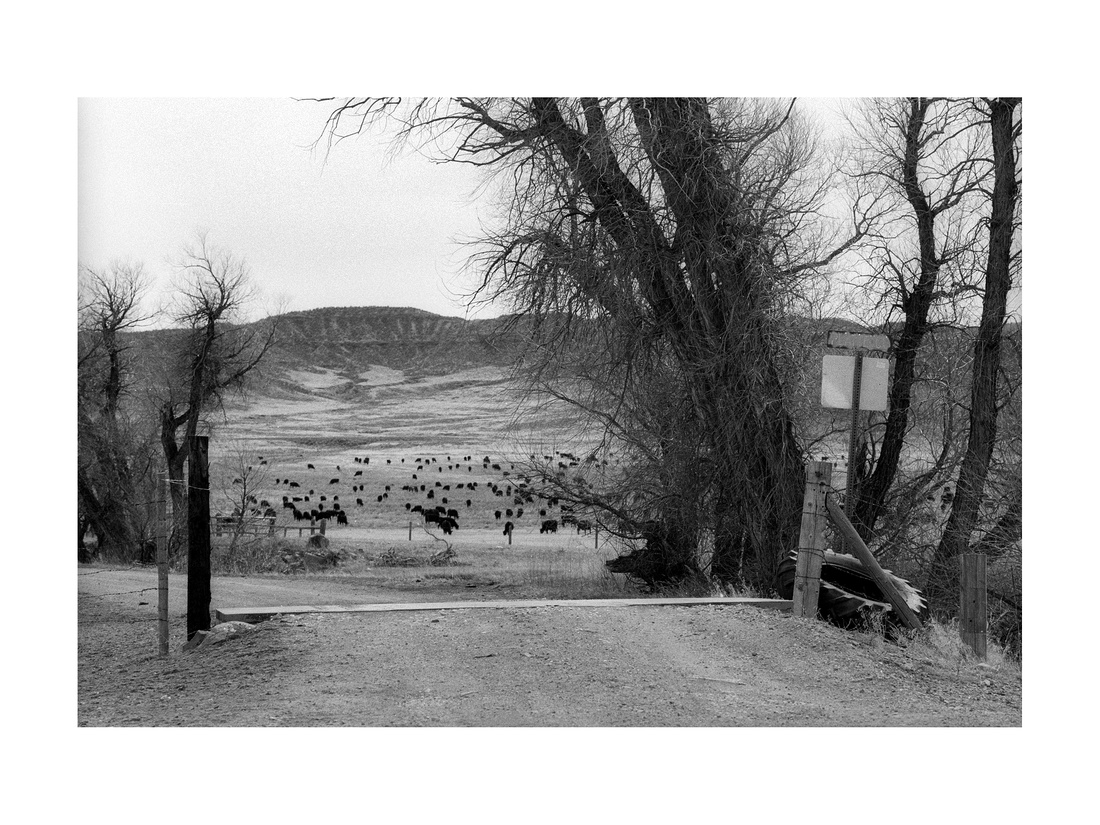 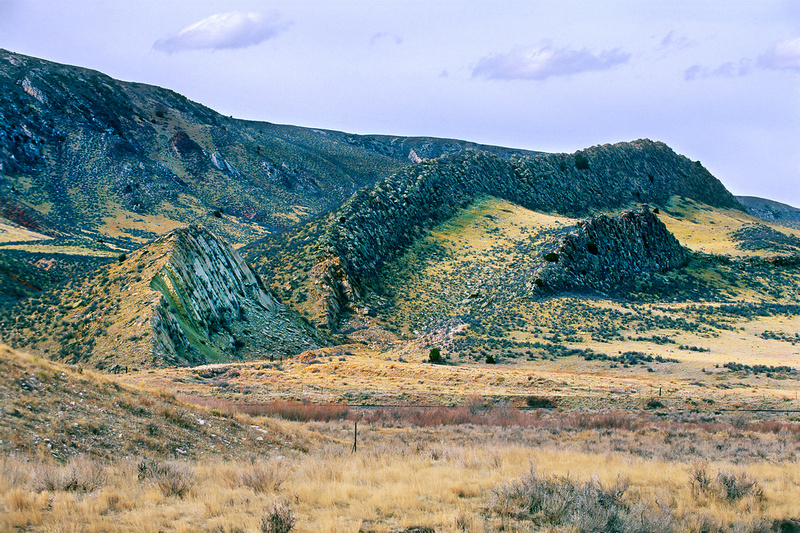 Late in the day the light came out for just a bit. There was a gorgeous,, rolling anticline bisected by the road, running to the south. Greens were sage and junipers; muted and soft, mixed with ochers and other no-name earthen colors difficult to describe. There was no wind. I pulled over for the twentieth or thirtieth time and approached the fence line to watch. As the light hit, the internal debate whether it would last long enough to set up the tripod ensued. Deciding to try, a few frames of color slide film clicked off before clouds once more swallowed up the sun. One of the sweetest parts of the day followed. Sometimes there’s no clear indication when it’s over. There’s just this transition as the sun takes a final bow. Sometimes dramatic and flamboyant; sometimes simply drifting behind distant clouds quietly disappearing. You stand and wait, wondering if it’ll come back. Hoping it will, but OK if it doesn’t. 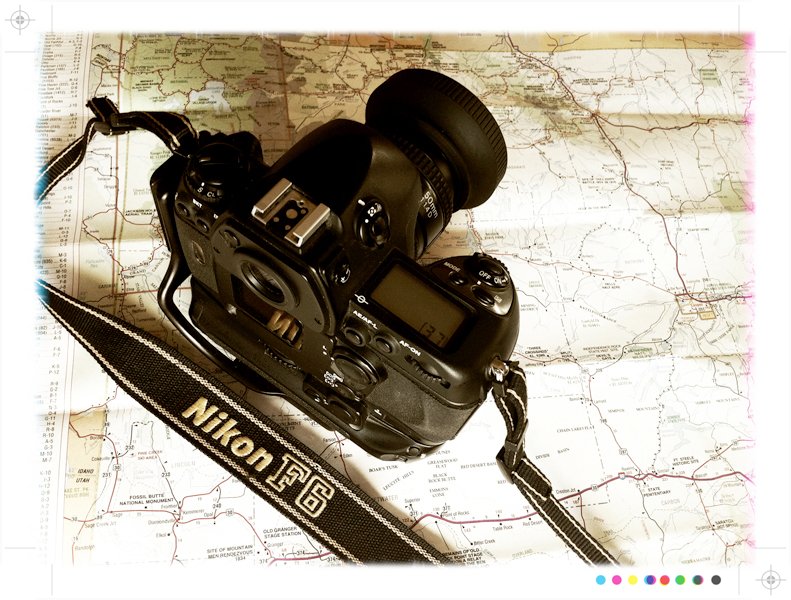 The Nikon F6, my constant companion out traveling.

I found some water and an unopened bag of Bar Mix buried in the car and stood off the road in the peaceful dim, happy. A quarter mile away, up the hill, a small herd of mule deer stood silhouetted against a gray sky, in the middle of the dirt road, unafraid.

After a bit I packed up and headed south, tired of being in the car but deeply in love with the country I was in.