As air quality in Colorado worsens by the day due to fires in Wyoming I’ve been keeping an eye on the historically bad wildfire situation in Oregon, Washington, British Columbia and Montana. It wasn’t until this morning when I punched up a map of (major) active fires in the region did I understand just how bad it is. 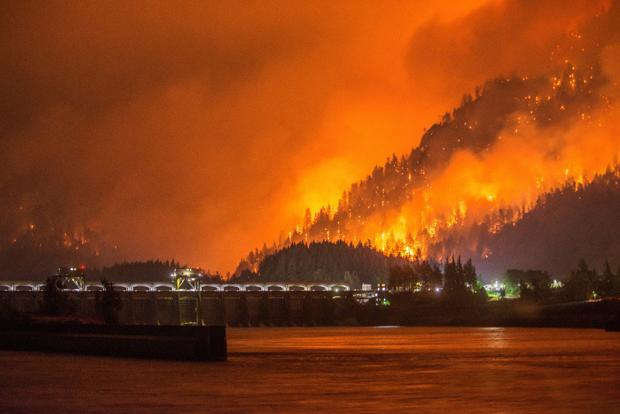 Images from Oregon Live.com. These weren’t used by permission so I’m crediting them to the source with a link. Please read the story here.

There’s an article in willamette week (one of the Oregon online papers) about the Eagle Creek fire on the Columbia River. Started by kids with firecrackers. I just don’t know what to do with that.  They’ve shut down the Columbia River for a 20 mile stretch so aircraft scooping water to fight the fire don’t collide with maritime traffic. What a world we live in. 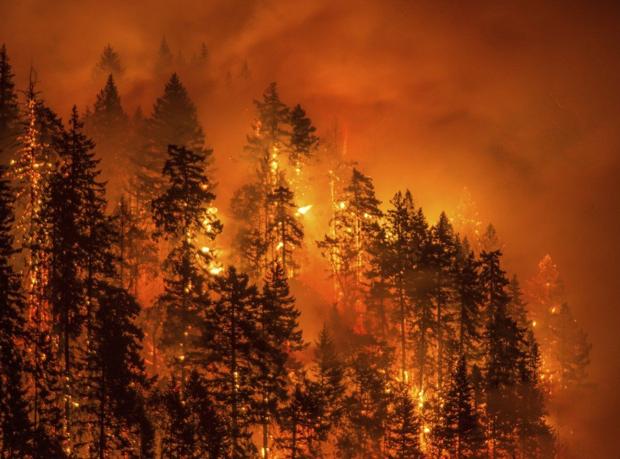 Past the immediate concern for structure loss, loss of life, property damage, danger to fire crews, displaced families, etc… it feels a little trivial to consider what this does to my trip plans.

I opened up my exploration to the rest of the PNW and discovered fires in the Puget Sound area of Washington, north in British Columbia, the northern Cascade range in Washington (where I’m planning on traveling through), and of course Montana – which is a holy mess with nearly a million acres actively burning.

I can imagine it’s difficult for people who don’t live in the Rocky Mountain West to identify with the force of wild fires. Probably as difficult as it is for us to imagine the devastation of hurricane events like Harvey. These are big deal natural disasters that impact millions and millions of people. We’re fortunate here in Fort Collins. Aside from the flood that wiped out so many in 2013, and the EF3 tornado that blew through Windsor in 2008 – Colorado enjoys a pretty stable weather routine. We’ve had our bad fires too – the Hayman Fire in 2002 among the worst at 137K acres, $39million in damages and 5 fire fighters losing their lives. The High Park Fire here in Northern Colorado in 2012 at 87K acres and $39.2 million.

In the aftermath of the Pine Bark Beetle’s decimation of our forests, Colorado is basically a sitting duck waiting for the carelessly extinguished camp fire, the unsuspecting adolescent playing with fire crackers or the random lightning strike. There was a smaller fire near Breckenridge earlier this summer they were able to get containment before too much damage was done. But all of our Rocky Mountain West states live in the shadow of ‘the big one,’ much the same way other parts of the country also deal with potential disaster endemic to their regions.

Lifting my head out of the tragedy of this all (including Harvey in Houston), I’m attempting to proceed with my trip plans without feeling selfish and spoiled – fretting over things like air quality and views, while others are being jammed into make-shift rafts with buckets of belongings representing all that’s left of their lives. Ugh. It’s a helluva thing.