Some of you probably just won’t get this next article, and I understand. I’m not sure I would had I not seen this myself. Some of you may get it though, and it’s for you I’m writing it. 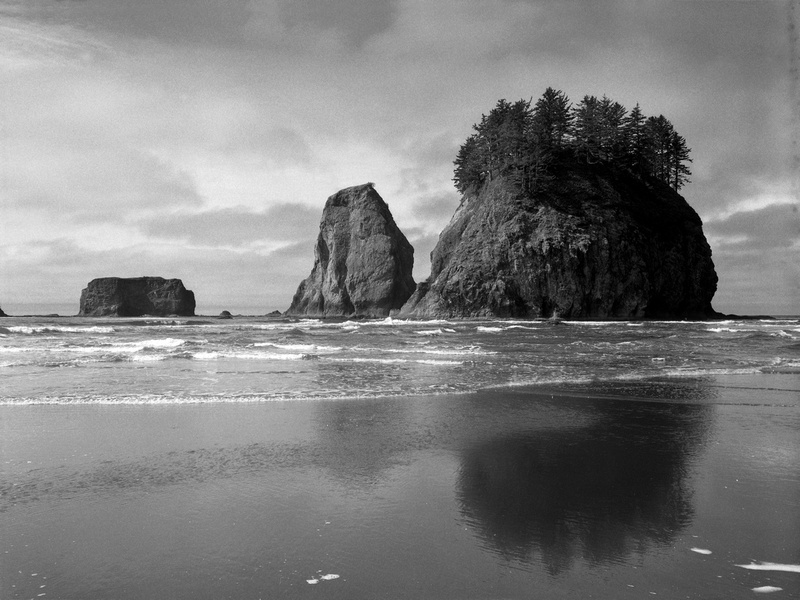 After years spent dreaming of walking the shores of Olympic National Park I found myself standing on Second Beach September of 2011. 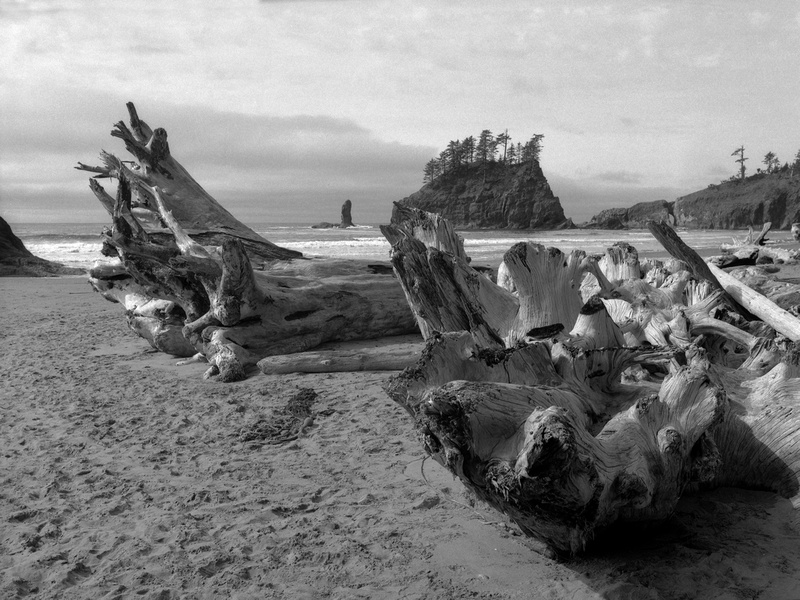 It was all I’d imagined and more. 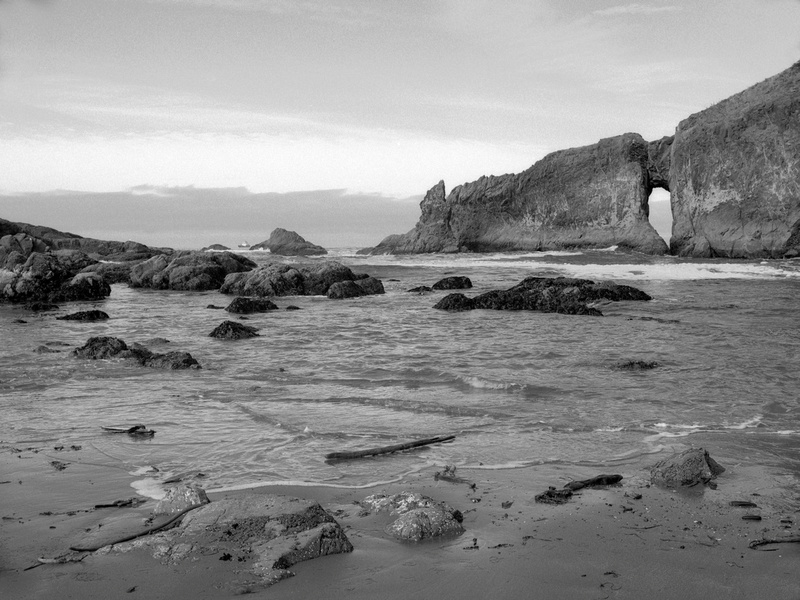 Prehistoric scale fallen Spruce lined the shores forcing creative route finding immediately upon emerging from the trail’s steep decent through the woods. We walked the shore for the morning marveling at tidal pools, the seeming infinitude of the Pacific Ocean, sea stacks and intricate patterns in the sand. The mist that accompanies the sea drifted to the horizon; a salty haze obscuring the distant a view and providing ample atmosphere for what we could see. 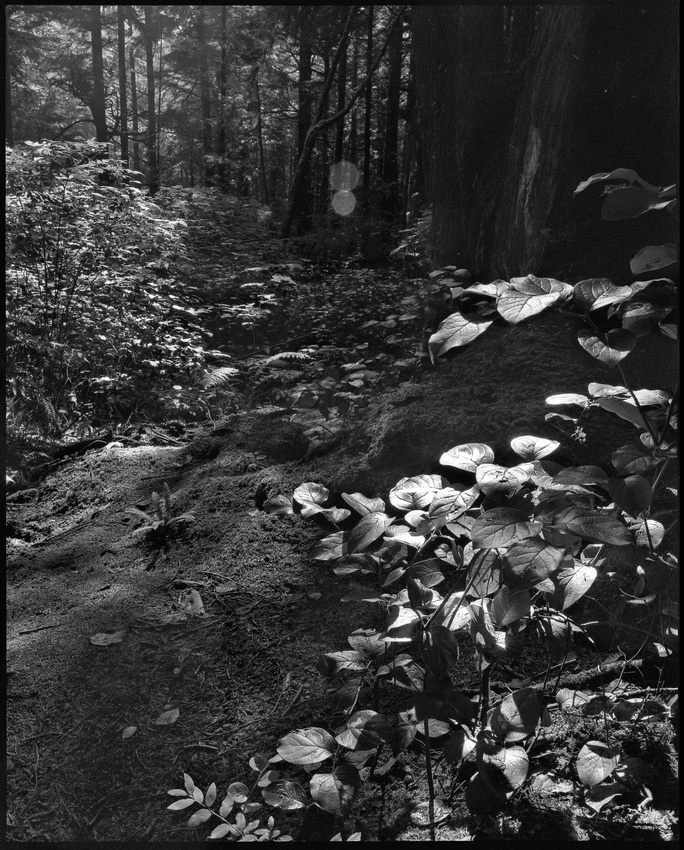 When it was time to head back up the trail, hauling the camera and tripod encouraged slow motion. Stopping to catch my breath, I noticed something in the hole of a Sitka Spruce to my right. There was almost no light and at first I could barely pick out a shell towards the bottom. As my eyes adjusted I recognized a crab claw, some smooth stones and shells, and a few other natural items all seemingly laid in place with care. When I saw the glasses I wondered: was this some sort of shrine; an homage to Second Beach, where travelers laid their findings on the return from their visit? I thought of it as a shrine because I’m not sure what else to call it, but it has no religious significance to me. 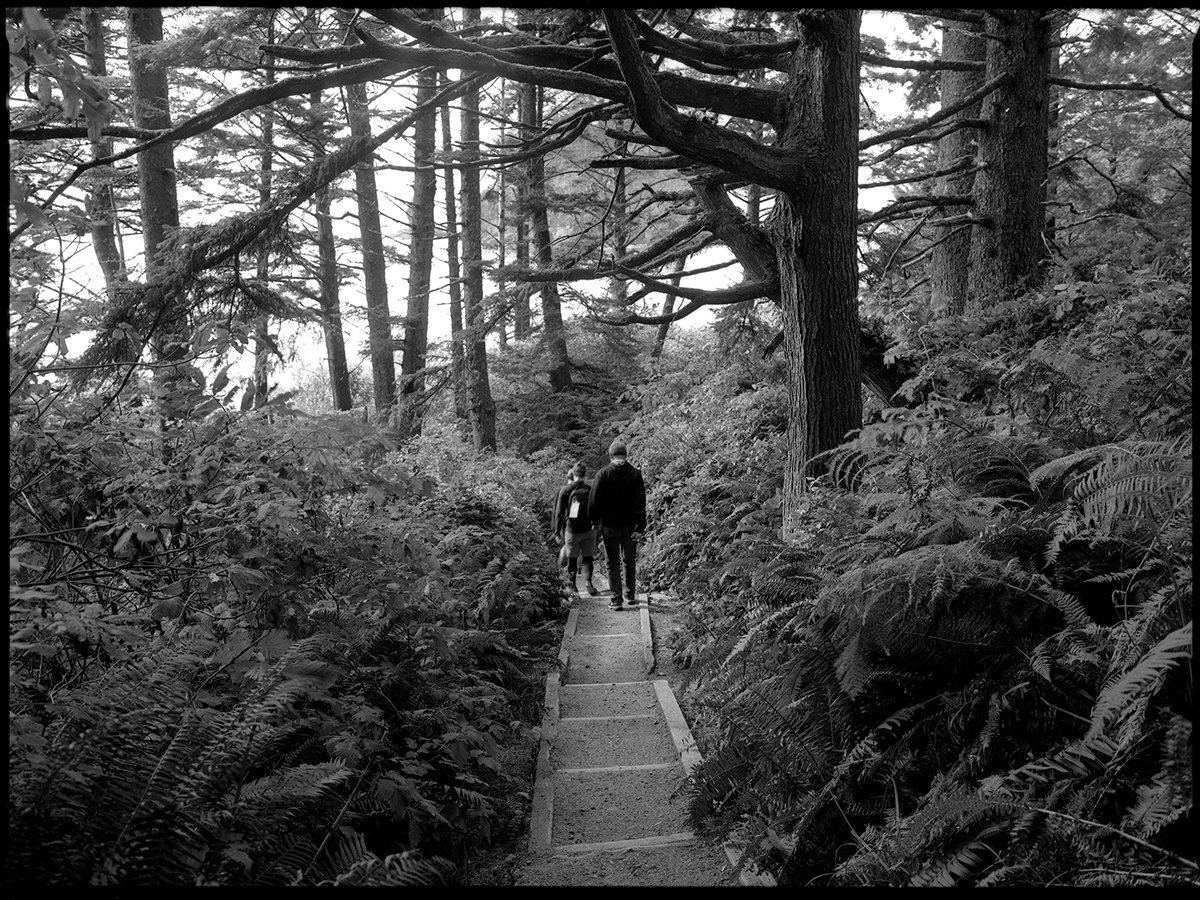 I imagined for a moment these others who’d experienced the same peace, solitude and majesty I’d just seen – and wishing to somehow thank, or pay tribute to through this simple expression. This image remains one of my favorites from the trip due to the communal sweetness of such an act, with people who’d have otherwise been strangers. I left nothing, choosing instead to record this image.

Fast forward 6 years to this last September, 2017 when I revisited. One great curiosity held for those 6 years was wondering if the shrine still existed – or had it been a temporary anomaly, since dismantled by the Park Service or reclaimed by the forest, fading into history.

Descending the trail trying to remember approximately where – I knew certainly it was on the left side heading toward the beach -but given the mass and tangle and lack light in the forest, and time that had passed, I held little hope. Others passed by on the narrow, stepped terraced trail as I walked slowly to one side, scanning the woods. Having outgrown its original hollowed out burl, Shrine to Second Beach now has spread to occupy the remainder of the fallen tree’s above ground root system.

Then my eyes landed on what they were searching for – a large, rounded burl – looking like a big marble lodged halfway down a straw – emerging from an ancient Sitka Spruce. The assemblage of odds and ends was not only still present in the burl’s hollow center – but had grown, expanding to the surrounding structure of the tree. 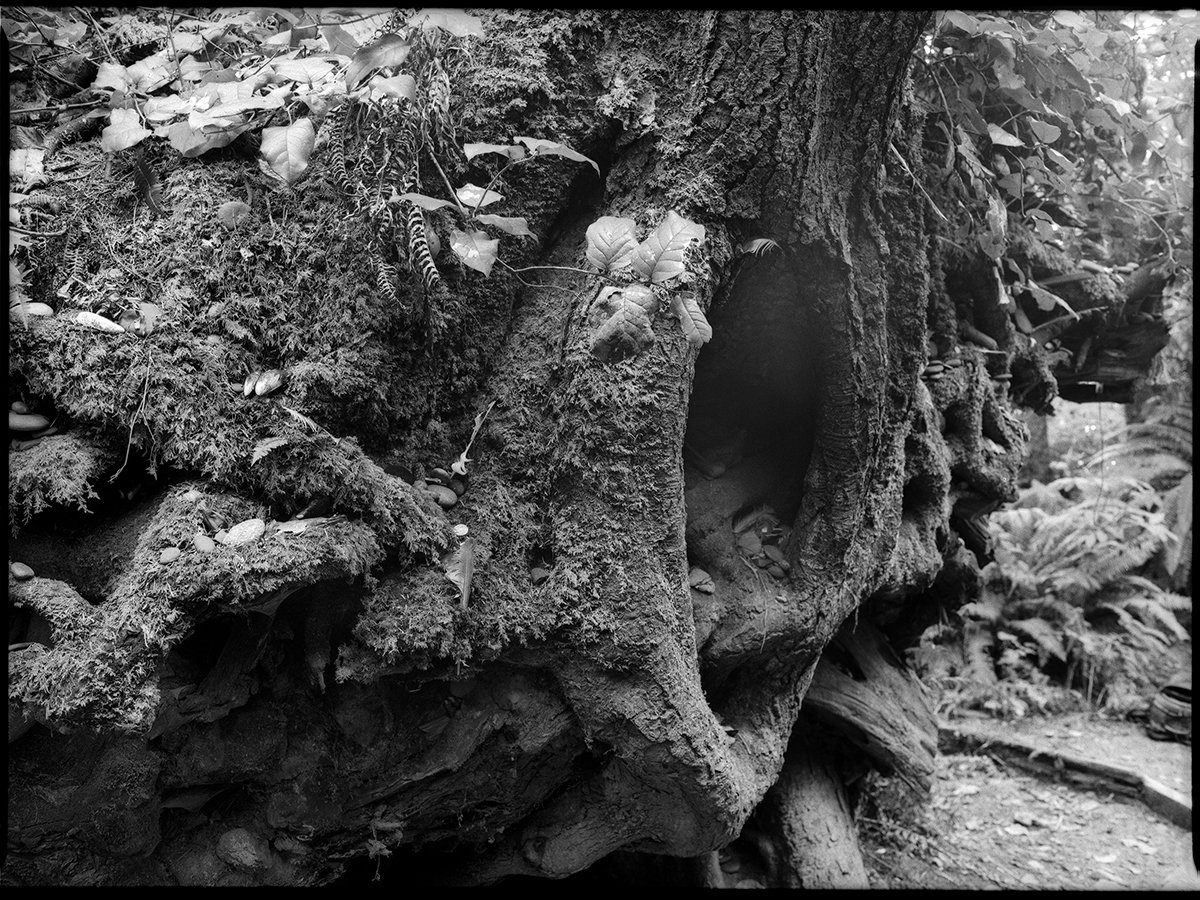 The image shows the original hollowed out burl from the uphill approach side, and how the shrine has expanded out to the surrounding mossy root system.

Over the ensuing 6 years it appears many others noticed the shrine and carried small trinkets and keepsakes up from Second Beach, depositing them on the altar, creating what to me became a fascinating sanctorium; a hallowed place to the travelers of this trail. 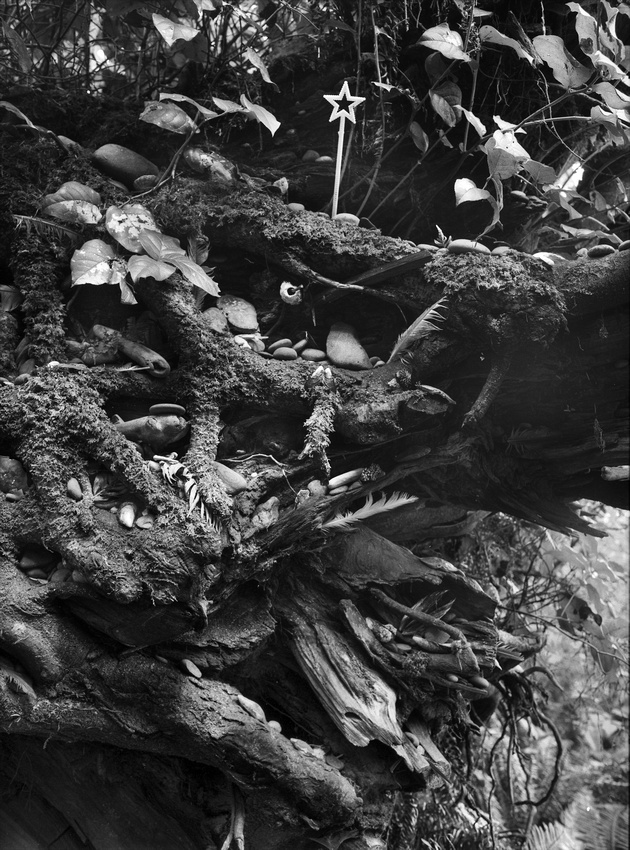 The “star” atop the wand provided the finishing touch, making me think of this assortment of keepsakes as assembled by forest ferries. I know, I know… but you’ve gotta admit it’s pretty interesting.

I must have spent over an hour examining the site, trying to maneuver myself and camera into suitable positions along the narrow, damp, slippery and dark confines of the muddy trail as others passed by – some ignoring it and me all together; other casting curious glances at what the lens was focused on.

I laughed to myself as some travelers whipped out their cell phones and unceremoniously snapped a photo, not breaking stride. Only a couple stopped and engaged in conversation.

I have no real conclusion here. The shrine remains a sweet mystery; the thought of so many people who share a love of the Pac Northwest coast depositing tokens of their appreciation into this humble repository makes me think warmly of us as humans. Like we all may have our differences – but there are things true and good we can agree on, rally around and participate in. Surely the natural beauty of Olympic National Park’s Second Beach is one of those things.