Today I received back from the lab my two rolls of Portra 160 shot over the weekend. The more I shoot this film, the more I like it. I know, I know… I’m in love with every film when it comes back from the lab and I get lucky with a shot turning out as hoped. But I’m beginning to see real benefits in sticking with an emulsion over a period of time to learn how to best anticipate how it responds in any situation. As is often the case with 36 frames, subject matter was varied. First, this post will concentrate on Portra for Landscape (and other) applications.

This first shot was made on the way home from a family event on Sunday, just north of highway 66 in Longmont, Colorado. This truck has been sitting in this field for as many years as I’ve been driving back and forth between Longmont and Fort Collins (many years), and I’ve always thought it a little unusual. This past Sunday the light was perfect. Dark skies always catch my eye, and the strong, Colorado sun was hitting the old, dilapidated siding just right. I pulled over, scrambled down the irrigation ditch and hopped what was left of the old, pushed-down barbed wire fence to get my shadow out of the shot. As usual, the F6 Matrix metered everything perfectly and Portra held the highlights in the sun-drenched western wall. As large and cumbersome as the Nikkor 28-70 is, it’s sure a functional lens. Stop it down to ƒ8-11 and you almost can’t make a bad image with it. But what really sets this image apart for me is the sky. There’s real, subtle intrigue in the sky – and much of that is Portra. It’s organic; somehow alive. And the greens in the foreground give the image something earthy. Portra handled all of it. 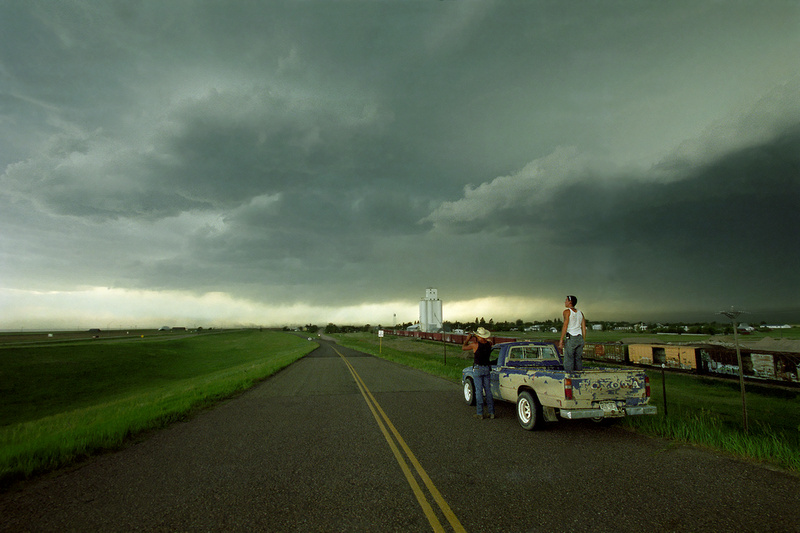 When I uploaded the first image into my F6 gallery, I immediately thought of this shot as a likely predecessor in succession. These two are good examples of where I’m heading. The obvious visual tie-ins are the green foreground, low horizon, dramatic sky… vehicle(s). What really links them, though, again is Portra’s color balance, natural bias’s and grain structure. The image immediately above is Portra 400 (at rated 400). The color is – to me and my eyes – wonderful. It’s subdued, not bombastic and garish. It’s much more “real” than say, Velvia or Ektachrome 100VS (we’ll get to that wonderful emulsion in a later post). Portra carries with it – again, to me – a sense of America. I don’t know what it is, exactly – but it’s there. Add to it the organic quality of the 160 grain and you’ve got something that’s authentic. Touchable.

Here’s another one, made in Pine, Wyoming late last year. This is 120 film made with the Mamiya. You can see the same tendencies, the same look and feel: 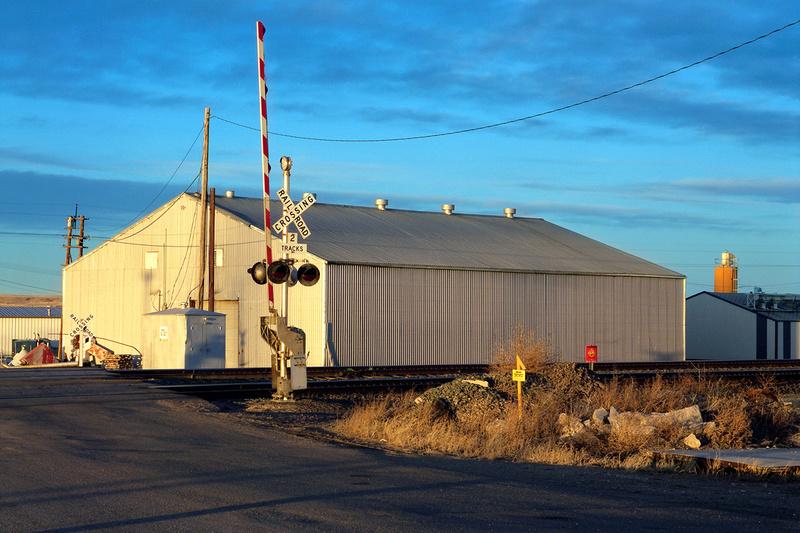 Pine (Bluffs), Wyoming (2011)
So Portra for landscapes – despite the overwhelming preponderance of the high-saturation, high-contrast chrome films – is becoming much more appealing to me. As Kodak mentions in their on-line literature, Portra scans very well. Kodak surmised that today’s film shooter is more than probably scanning their frames more often then using enlargers. With this in mind, they specially formulated Portra for scanning. I can see a difference between it, and the old NC/VC frames. Kodak also claims it has a saturation level more balanced toward the older NC (Natural Color) as opposed to the Vivid Color (VC) strain. I’ll say, however, that it is more saturation latitude to my eye than NC and not quite as much as VC. Here’s a VC frame from last year: 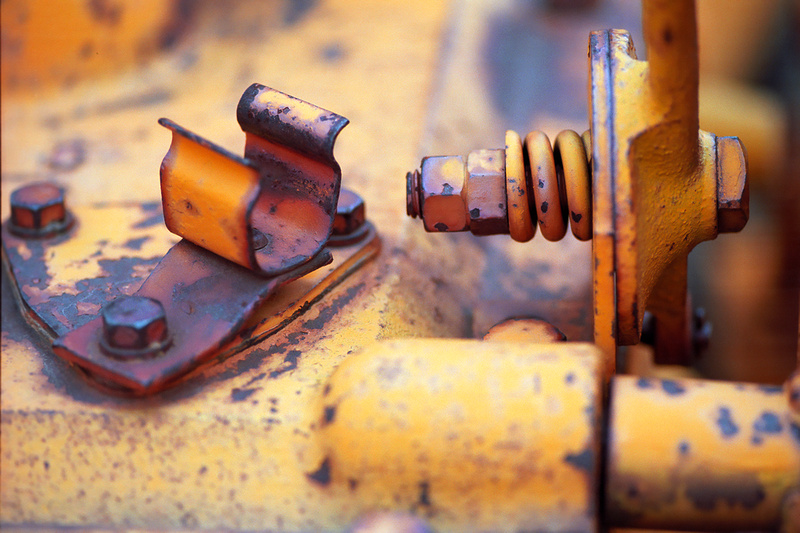 This was 160VC shot at 100, which I’m pretty convinced is a good idea. While Portra has tons of latitude in exposure, like every other digitally processed image noise can always find a way in if permitted – especially at the under exposed areas of the image. I’m of the opinion that if you provide lots of light for ample exposure, then set good black and white points in processing, you’ll get a higher quality final print. I think this image has more punch to it than straight up Portra would provide. But that’s OK. For the occasions when that’s desired, Kodak’s Ektar is a good choice.

A look through any of my galleries bares witness to my use of the chrome films. The most common being Velvia, though I’ve briefly rediscovered Ektachrome 100VS – just in time for Kodak to discontinue it. However, I’m finding more often in general shooting situations I’m reaching for color negative films over the chrome films for a few key reasons. 1) Exposure latitude is phenomenal. Negative film, scanned full resolution at 16-bit is an incredible thing. Image features I know would blow or be buried on my digital sensor are right there, even shooting the mighty Nikon D3s which has tons of exposure latitude in its RAW images to begin with. And in a digital workflow, data is king – and negative film carries tons of it. 2) Cost. When you shoot as much film as I do, cost matters. Getting chrome film processed runs between $16-$18 per roll at my favorite lab. They use great E6 equipment and it’s worth it when I need to be sure a roll is processed right. But C41 comes in at $4/roll, $5 if you have the roll cut into strips of 4 – which are easier to store. That’s 3 or 4 rolls of film processed C41 for the cost of one roll of E6. That matters. 3) Full frame. I know I don’t need to have my slides mounted, but I do anyway. It’s how my storage system is set up. And I sure don’t want to mount them myself (I’d rather be out shooting). When slides are mounted they obscure the edges of the frame. When you shoot a camera employing a 100% viewfinder like the Nikon F6 you’re not seeing the same thing in the final image that you saw in your viewfinder. This might seem piddly, but can make a significant difference in the impact of the final image. 4) The slide-mounts also conceal the exif data my F6 writes between frames. Not a huge deal – I have the MV-1 to retrieve the data from the camera and store in an Excel spread sheet. But it can be handy to view on screen in a per-image basis, too. 5) Lastly, I don’t know if it’s old age or what, but I’m finding myself preferring a bit more natural color palette. The Chrome film I’ve been shooting for years will always resonate with me – I love color. But lately there are times that a more natural treatment of what’s before me is preferred, and for that, once again Portra is a wonderful choice. Another benefit is that, for some reason, the image looks less “digital.”

Add it all up, and Portra is an emulsion I’m hoping Kodak keeps around for many years to come. I’m always on the look out for deals to stock pile my freezer with, and Kodak’s new Portra is now at the top of that list.

Next time I’ll cover Portra and how it responds to flash.